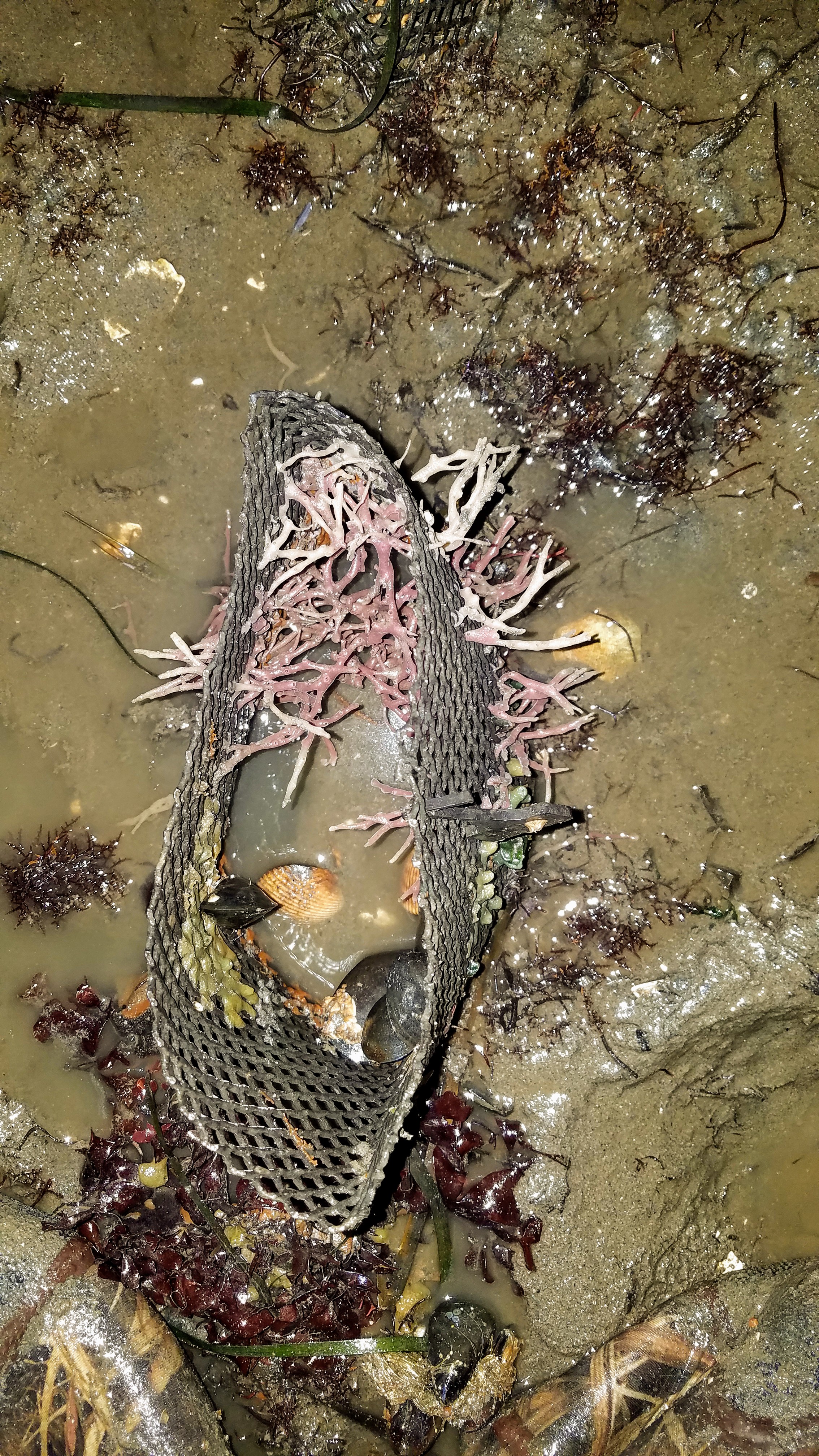 Bill Dewey: Geoduck nursery tubes provide substrate and refuge for a variety of organisms besides geoduck. This tube has mussels, cockles and a couple of species of sponges growing in and on it. 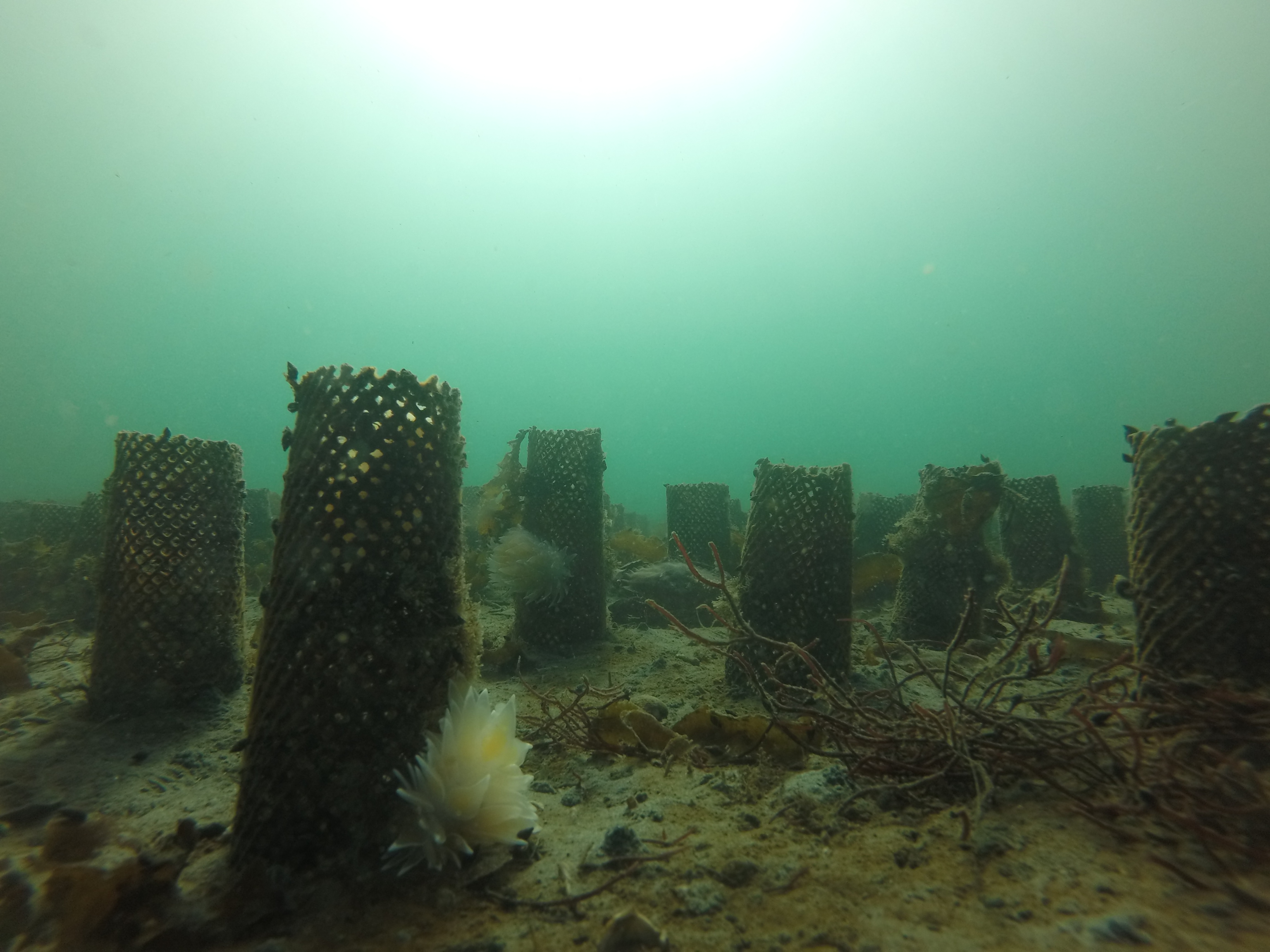 Nick Wenzel: Deep intertidal mesh tubes provide a great surface for organisms such as hydroids, bryozoans and anemones to grow on. These organisms are an important food source for many animals, including the three White-Lined Dirona nudibranchs pictured here. 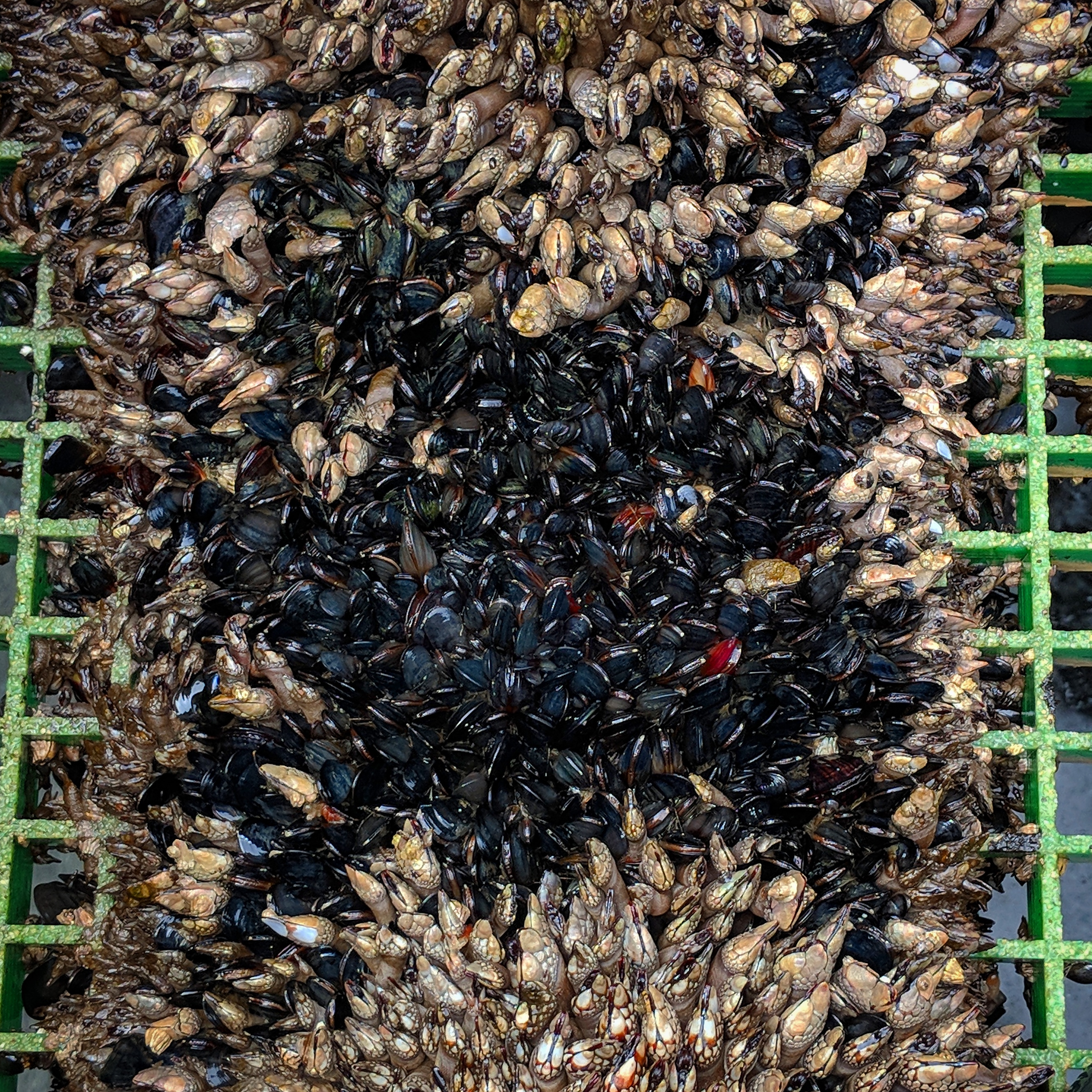 Daniel Holsapple: At our company's facility in Humboldt Bay we raise juvenile oysters in tanks on a small barge. As seawater is pumped into the tanks and through the oysters it pours back into the bay through the deck grating. This creates an artificial intertidal zone where goose barnacles, mussels, limpets, and algae can flourish. 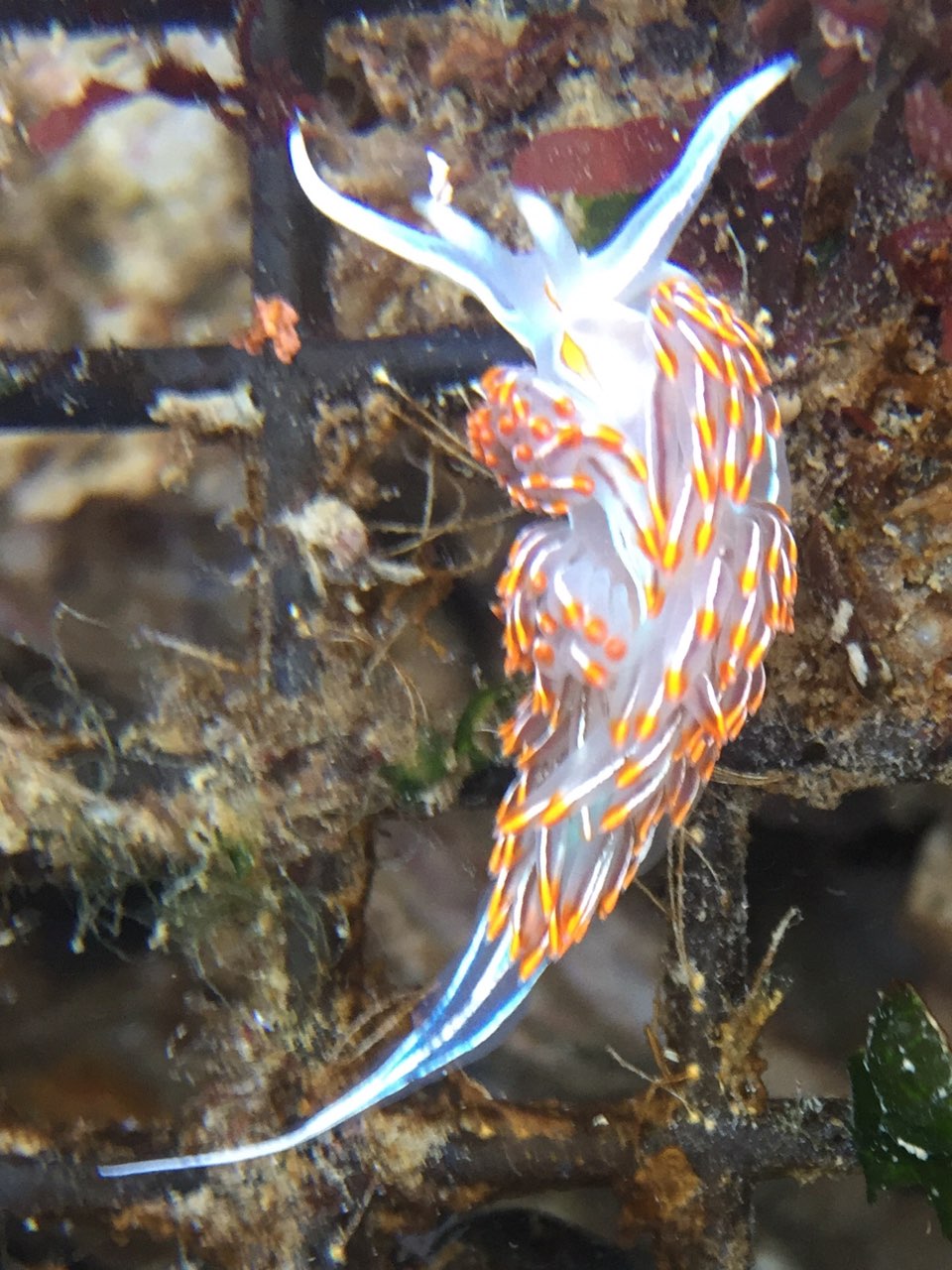 Margo Reveil: This nudibranch is more photogenic and he’s eating sea anemones and tunicates for us to lighten the load

Ian Jefferds: A big river otter (Lontra canadensis) is shown hauled out on our mussel raft in Quilcene Bay. The river otters are adept at catching fish and eating shellfish found around floating mussel rafts, where food is plentiful and the otters have a safe place to rest. 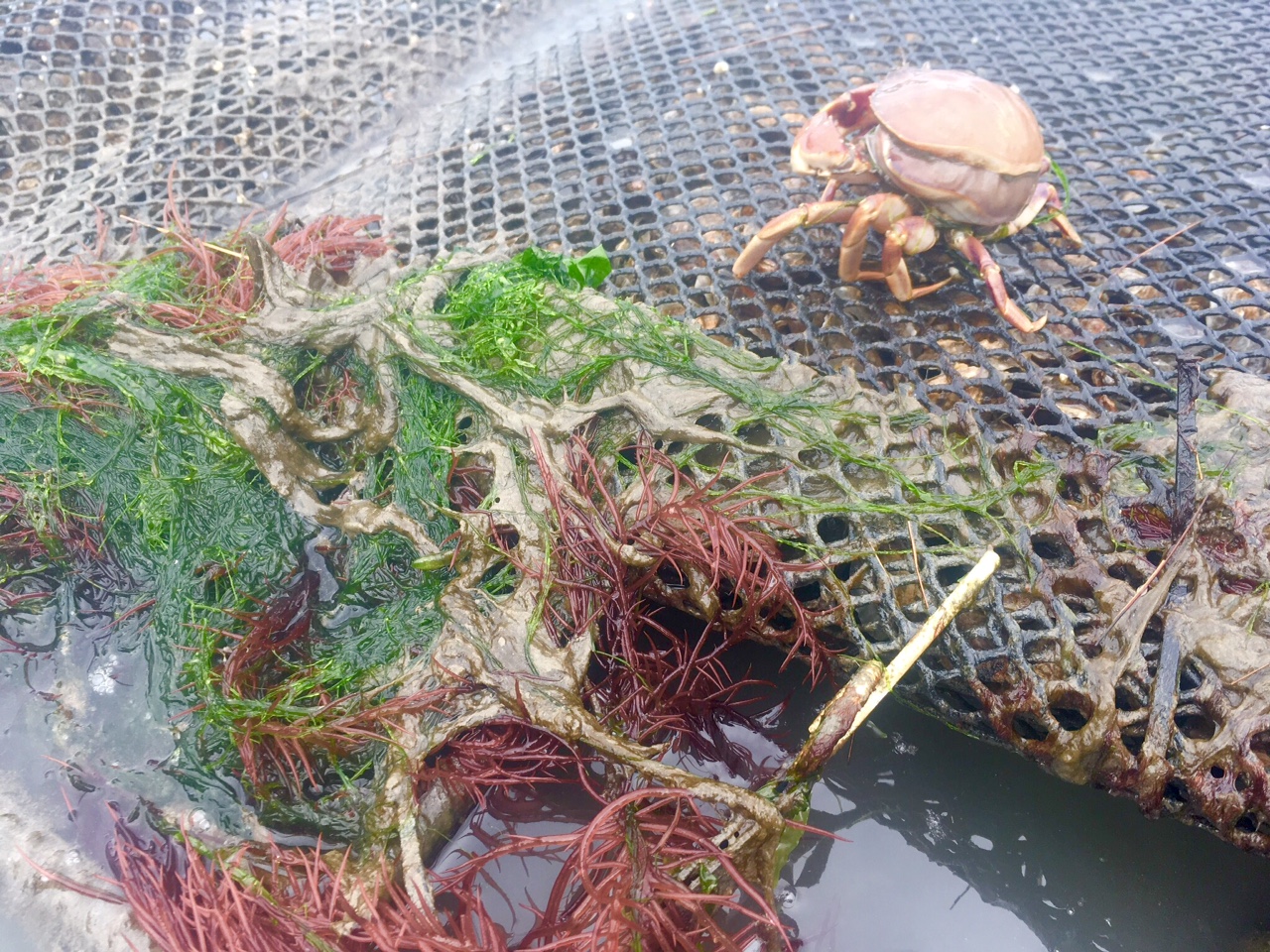 Duane Fagergren: This bag of Olympia oysters on a rack at -2.5 ft. elevation has quite an assemblage of plants and invertebrates. Red, green and brown algae settle on the bag, and shrimp exited the bag as the tide receded. The Graceful crab is in molting condition and sought refuge on top of the bag until the old shell can be shed. 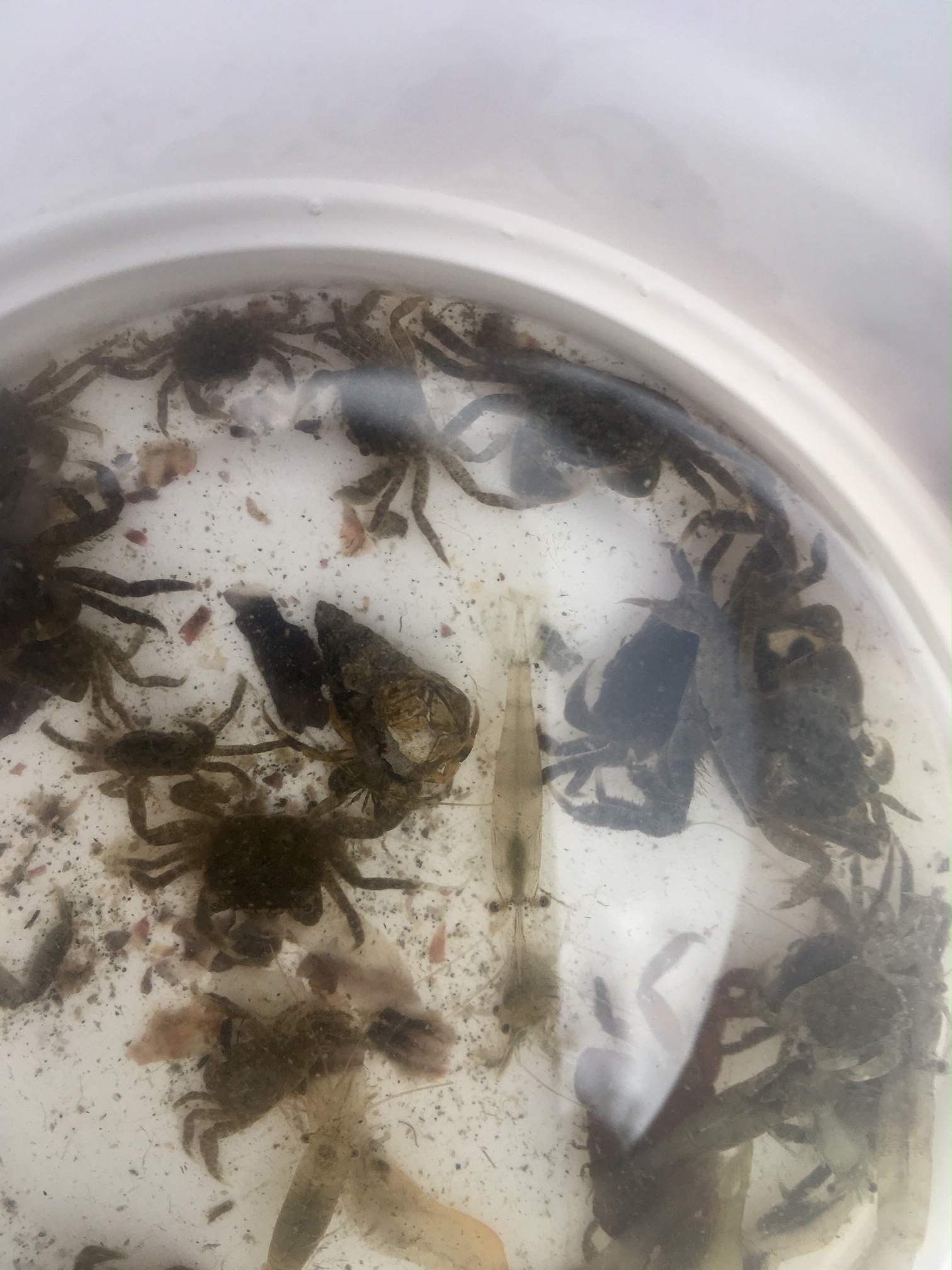 Duane Fagergren: Wash water from one longline bag of seed shows a sample of fish and invertebrates that use oysters inside bags as prolific habitat. In this one partial sample are shore crabs, amphipods, copepods, crangon shrimp, and snake prickleback (fish). Foraging fish such as Coastal Cutthroat trout, sculpins, flatfish and sea perch congregate around the bags as well. 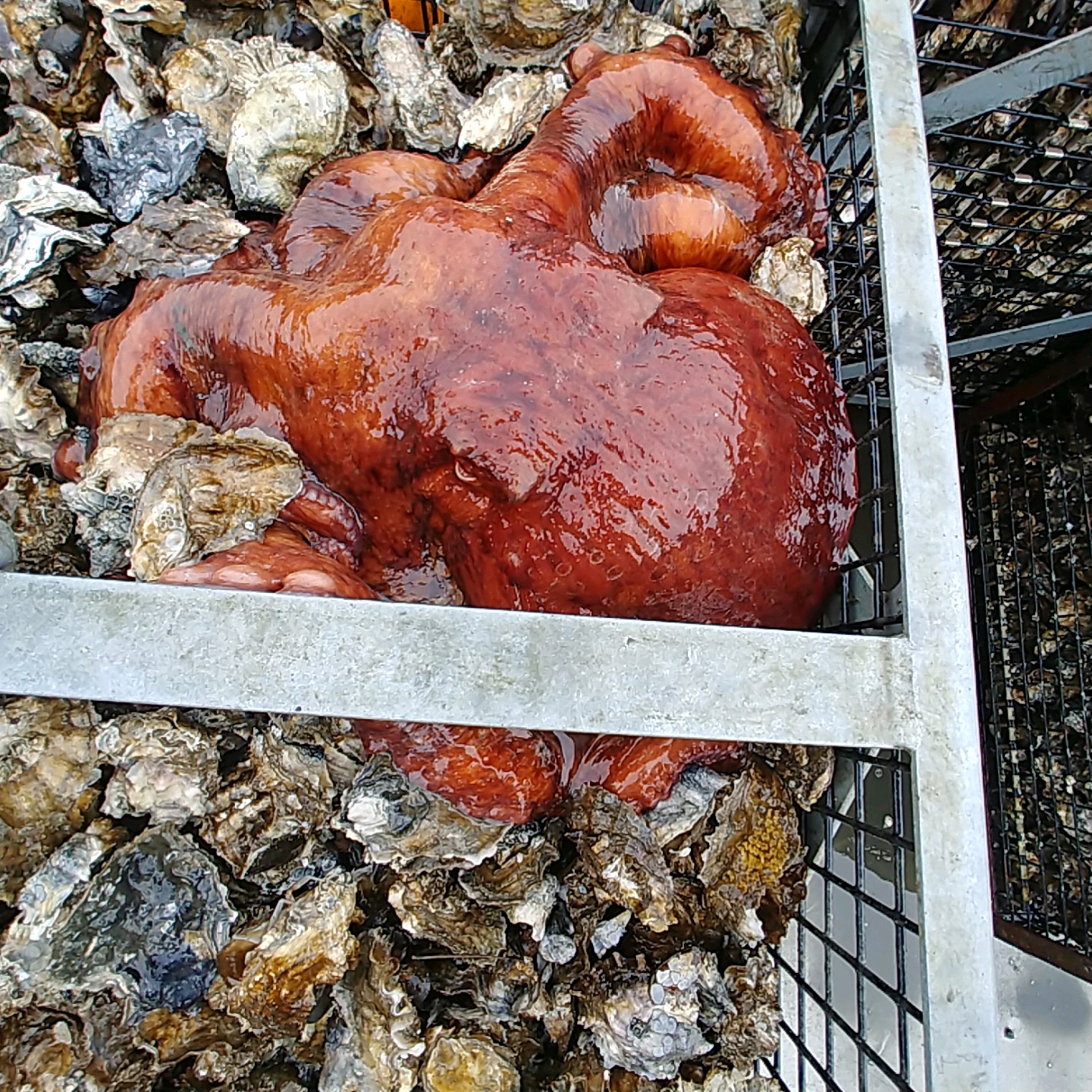 Scott Smith: As it turns out, humans aren’t the only ones who enjoy feasting on Pacific Oysters. This octopus crawled into our oyster tub in Mud Bay on Eld Inlet. We released him back into the bay, but we found him the very next day in the same tub feasting away again. Smart guy! He knows good food when he finds it. 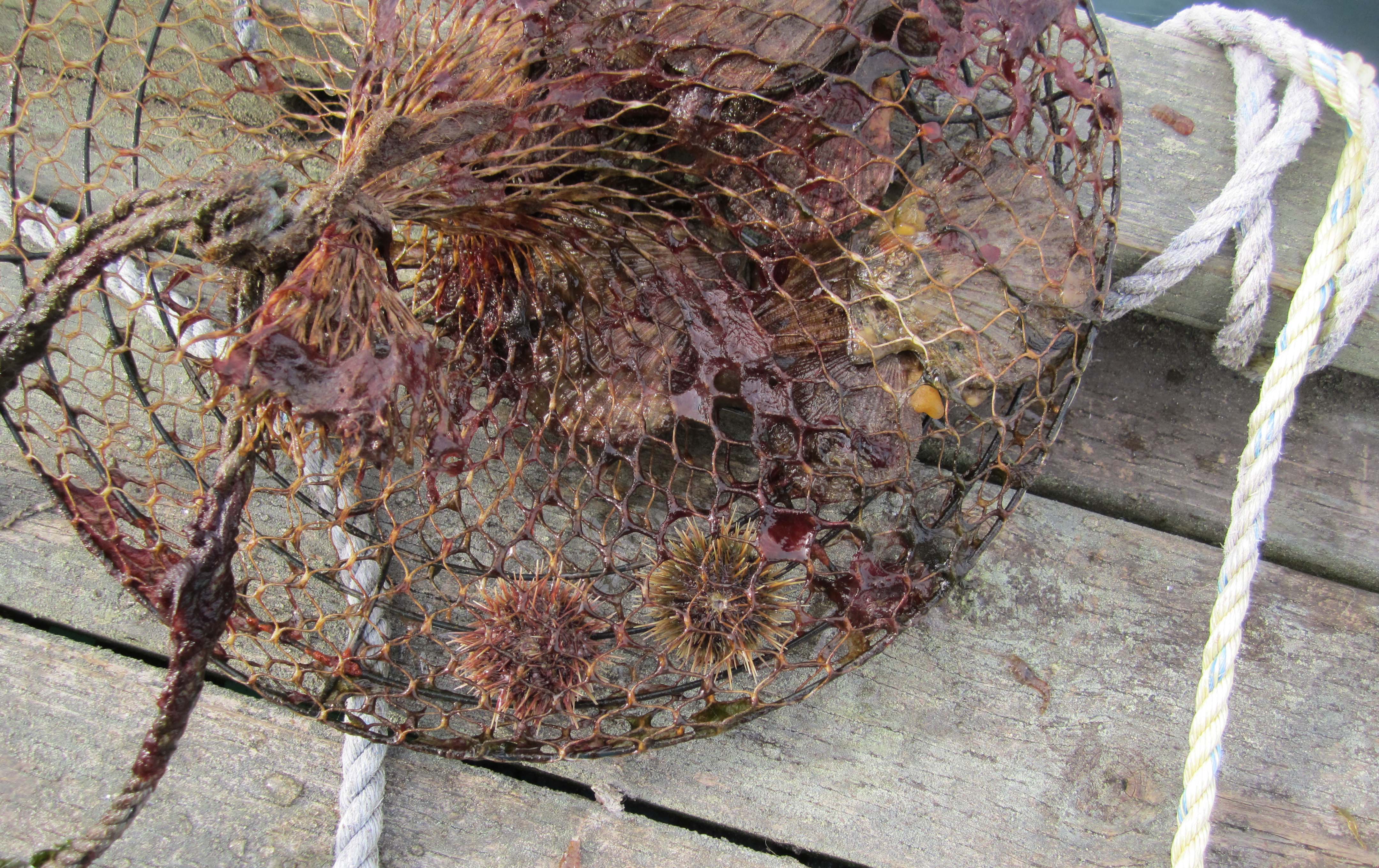 Mussel farms provide three-dimensional habitat for other critters. In this photo, caprellids, or “skeleton shrimp” look like seaweed, but they are actually crustaceans that live on mussels. Caprellids cling to mussels suspended on ropes and ambush prey when it floats by. They are a food source for surf perch, shiner perch, jellyfish, and nudibranchs.