Prepared by: Paula Sylvia
The Port of San Diego extends our sincerest and heartfelt gratitude to the Pacific Coast Shellfish Growers Association and all the members that we were able to visit during our tour of different segments of the shellfish industry in Washington from September 7-8, 2017.

As a background, in 2015, the Port initiated a new Aquaculture and Blue Technology Program to explore new environmental and economic opportunities in and around San Diego Bay for both industry sectors. In 2016, the Port established a Blue Economy Incubator and strategic investment fund to assist in the creation, development, and scaling of new ventures on San Diego Bay. The Blue Economy incubator provides an open invitation to early stage and market-ready ventures that align with the incubator objectives to submit business and pilot project proposals as the first stage of a four step competitive review process. On June 20, 2017 the Board of Port Commissioners approved the first four agreements for pilot projects through the incubator, one of which was with San Diego Bay Aquaculture to operate a Flupsy for shellfish nursery operations in San Diego Bay.  More information on the incubator process can be found at https://www.portofsandiego.org/business/blue-economy-incubator.html.

Becky Mabardy from PCSGA was instrumental in understanding the scope of the Port’s interest and designing and coordinating an amazing cross sectional tour for the short period of time that we were able to visit. We began our tour at Taylor Shellfish Hatchery in Quilcene, where we were enlightened by Benoit Eudeline on the intracacies of shellfish hatchery operations. We then headed south to Port Whitney Shellfish Hatchery and met with Matt Henderson and again were impressed by a different and more extensive approach to some of the hatchery production elements. From there, we stopped at Hama Hama Oyster Company and met with Adam James and Justin Stang who exposed us to different types of grow out technologies, and gave a tour of the processing area, and we then had an amazing selection of delicious shellfish courses for lunch at The Saloon. We headed south for the night and of course had our second delicious culinary experience at Chelsea Farms Oyster Bar, where the Chelsea Gem and geoduck were huge hits, as well as the company of Shina Wysocki! The next day, we met with Bill Dewey at Taylor’s offices and processing operations in Shelton. We discussed the amazing history of not just Taylor’s operations but also the Washington shellfish industry as a whole. We then toured Taylor’s and Chelsea Farms’ Flupsy operations for an in depth look at the shellfish nursery process. And then we headed back to Seattle and wrapped up our tour at Snow & Company’s facilities to see progress on the Flupsy that they are building to support the Port’s new partnership with San Diego Bay Aquaculture.

Once again, big THANK YOU’s to Becky, Connie, and Margaret from the Association and to all the other members that met us with a warm welcome. Every step of the way we were touched by the deep rooted traditions and multi-generational aspects of all the operations we visited. We will always be grateful for the amazing experience and for how much we learned. We look forward to sharing our progress from San Diego as we embark on new aquaculture and blue technology initiatives. 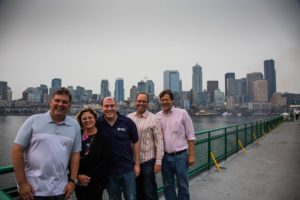 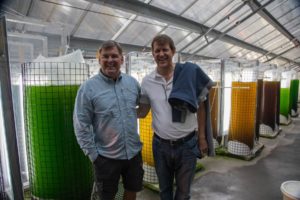 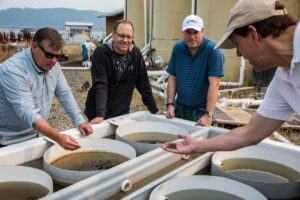 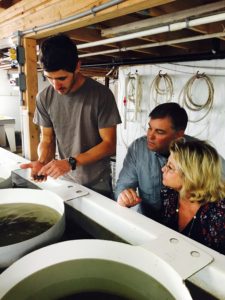 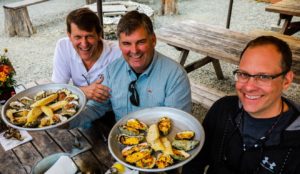 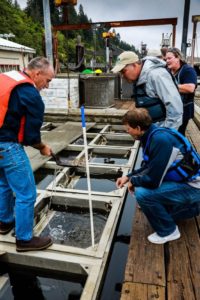 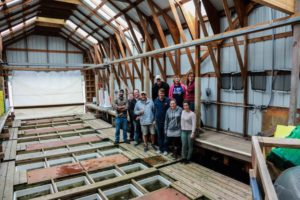 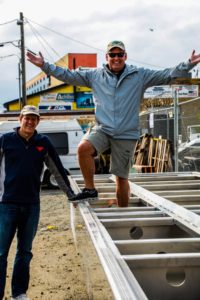