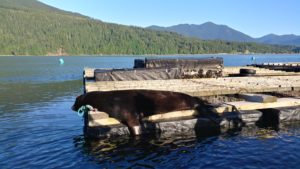 His picture of a large Stellar Sea Lion hauled out on a mussel rafts in Quilcene Bay, WA shows how shellfish rafts play an accessory role as a safe haul out site for marine END_OF_DOCUMENT_TOKEN_TO_BE_REPLACED 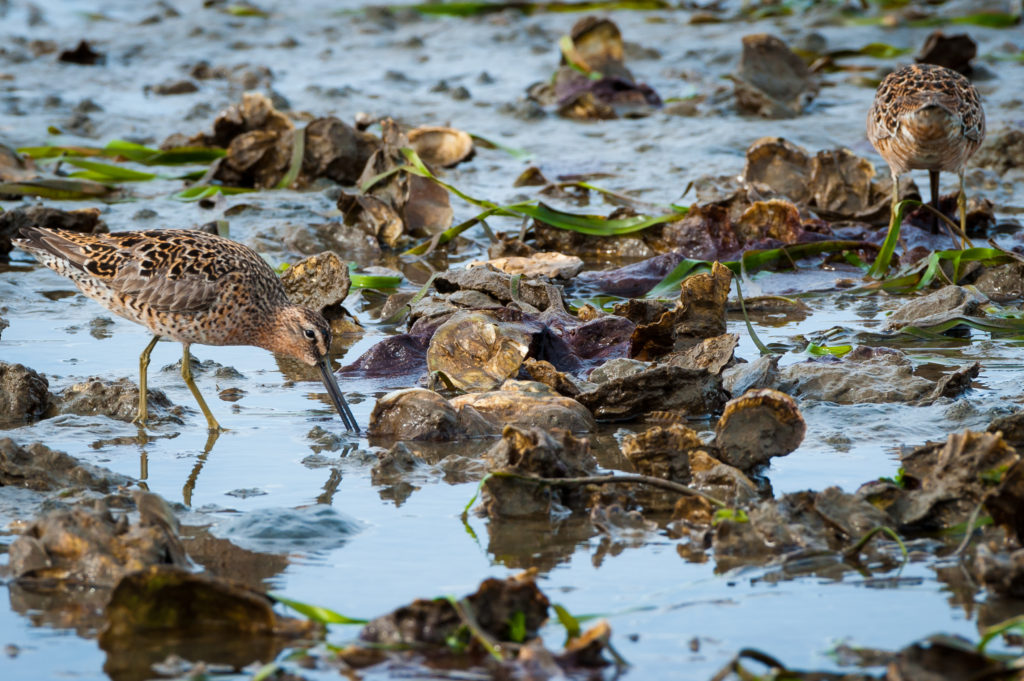 His picture shows Short Billed Dowitchers feeding in a complex of eelgrass and oysters at Goose Point Oysters in Willapa Bay, WA. This complex of oysters and eelgrass produces biofilms and habitat for numerous small prey items for 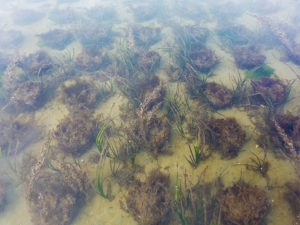 His photo shows a variety of macroalgae growing on the PVC nursery tubes and net tops on the Fisk Bar Geoduck Farm in Samish Bay. It also shows the eelgrass starting to fill back

END_OF_DOCUMENT_TOKEN_TO_BE_REPLACED 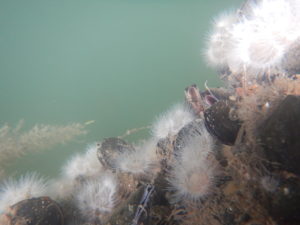 Her picture shows blue mussels growing on longlines of her mussel farm feeding. White sea anemones are growing with them. The mussels are sucking in sea water filtering out phytoplankton helping to keep phytoplankton blooms in check. You can see their mantles,

END_OF_DOCUMENT_TOKEN_TO_BE_REPLACED 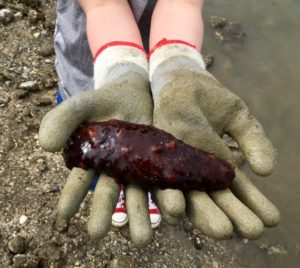 His pictures shows a Sea Cucumber (Actinopyga Echinites) reclining in his grandson’s hands after being found under a grow bag on Hood Canal, near Union, WA. Sea cucumbers serve a useful role in the marine ecosystem as they help recycle nutrients, breaking down detritus and other organic matter after which bacteria can continue the degradation process

END_OF_DOCUMENT_TOKEN_TO_BE_REPLACED 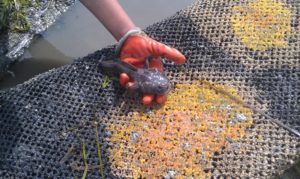 WINNER of January Ecosystem Services Photo Contest and $100 is Steve Seymour from Drayton Harbor Oyster Company. Here, he shows a male plain fin midshipman guarding the spawn on the underside of a mesh growout bag which provides a hard protected surface. Needless to say, bags with spawn are left in place for 3-4 weeks.

Thank you too all who submitted photos for this month’s contest. February 15th is the next deadline for the Ecosystem Services Photo Contest.