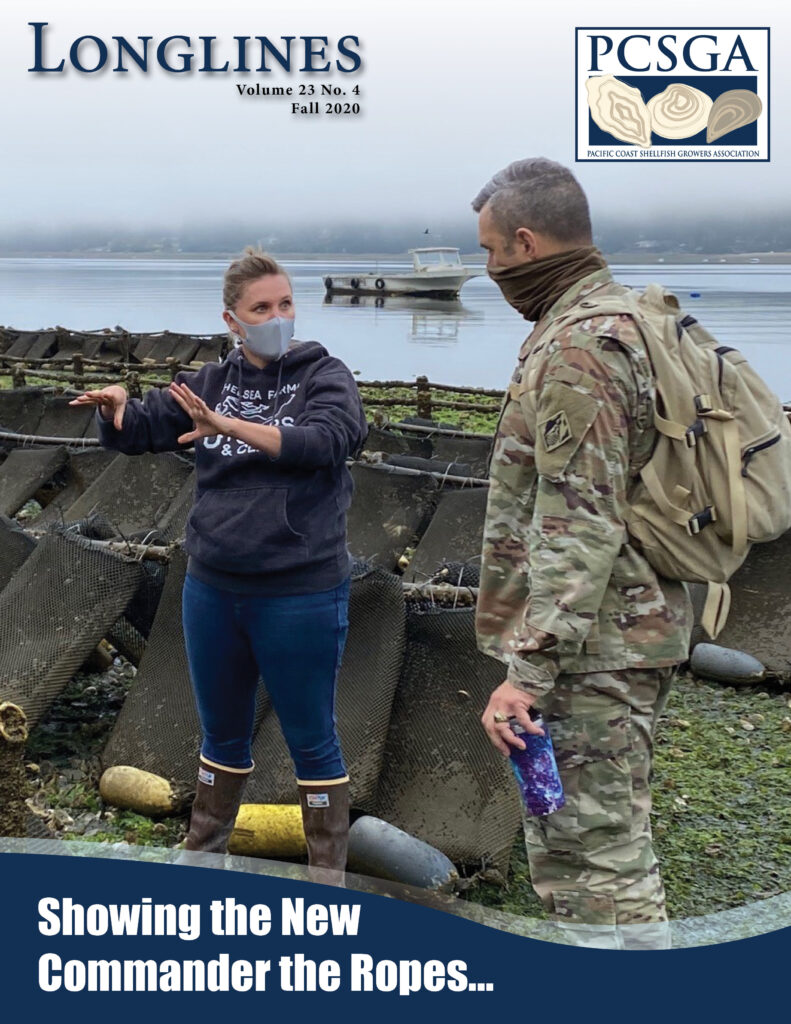 This issue is interactive – meaning that advertisements and web addresses are hyperlinked! Make sure you visit our Allied members’ pages to learn more about what products and services they offer!

Check out past issues of our newsletter – HERE

Since 2017, the US Army Corps of Engineers (Army Corps) has authorized numerous farms in WA under a general permit. These farms range in size from small (e.g., a quarter of an acre) to large. Most of these farms have been in operation for decades and in some cases over a century. Because the general permit under which these farms have been operating will soon be unavailable, farmers in WA are pursuing individual permits from the Army Corps. These permits also require review by the WA Department of Ecology for consistency with the Coastal Zone Management Act and in some cases the Clean Water Act Section 401 Certification.

The individual permit process is different from the previous general permit process in that public notice is provided for some of the farms; whereas individual public notices were not required under the general permit. This difference is neither a result of a change in farm practice nor a change in individual permit regulations. It also does not reflect expansion of commercial shellfish farming in the State. In fact, the total footprint of commercial shellfish farming in WA has slightly decreased over the last decade. With a few limited exceptions, these public notices are simply for the reauthorization of existing farms. A significant number of applications are pending before the Army Corps and State, with more to come in the weeks ahead, resulting in what will be numerous public notices.

Members of the Pacific Coast Shellfish Growers Association (PCSGA) farm a wide variety of healthy, sustainable shellfish in communities where you live. Farming shellfish in WA has occurred since the late 1800’s with careful attention to environmental protection, shellfish health safety, and meeting rigorous regulatory requirements. Shellfish farmers are not only stewards of the area where they farm, they are also champions of protecting the marine environment. Without clean, healthy waters in which to grow shellfish, they cannot continue to grow and sell healthy, nutritious oysters, clams, mussels and geoduck for human consumption.

Our members take seriously their stewardship responsibilities. Beyond their personal commitment, their local and federal farm permits have conditions that address a broad range of environmental concerns, including eelgrass, forage fish, use of plastics and more. Shellfish reared on the farms provide valuable ecosystem services and the businesses are very important to Washington State’s economy providing critical employment in many rural coastal communities.

As producers of food, PCSGA encourages others to take time to learn about how their food, including shellfish, is produced. There are several organizations which are engaging in sustainable fish production including WA Sea Grant, NOAA, The Nature Conservancy, and the Aquarium of the Pacific. If you’d like to speak directly to a farmer about their commitment to marine resources and how they farm, or if you have other questions about shellfish culture in WA, please do not hesitate to contact me. 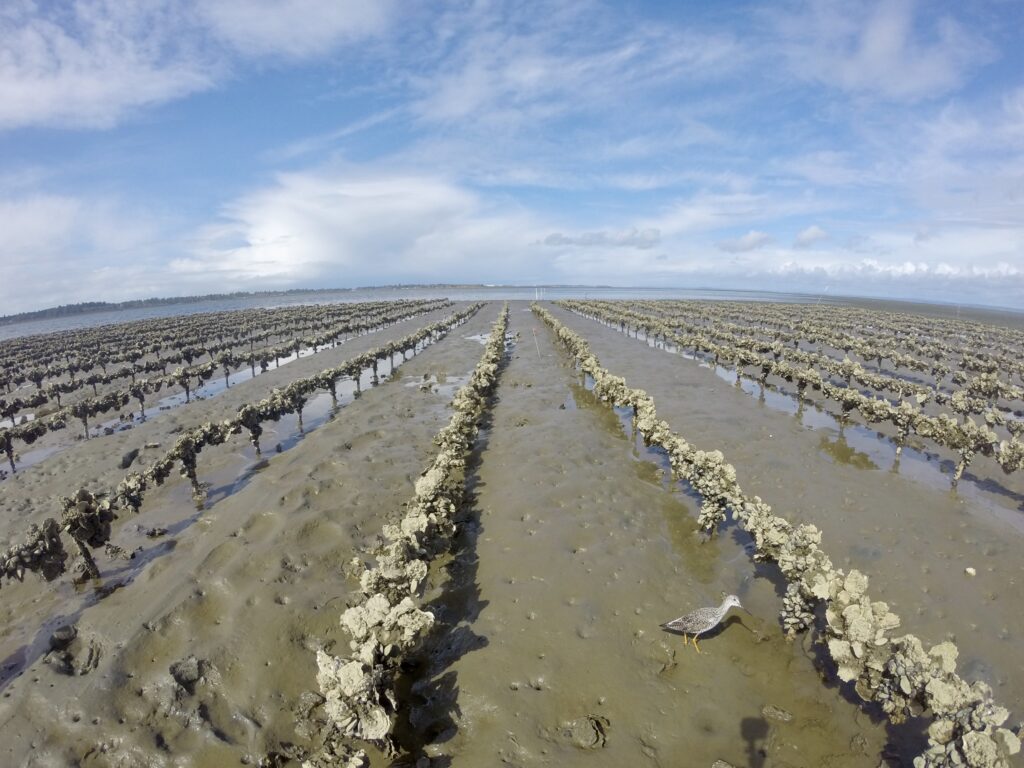 Fiona Boardman: Lesser Yellowlegs are just one of the many shorebird species that utilize oyster aquaculture habitat to forage during their migrations. The birds use their long bills to capture small invertebrates from the mud. This photo was taken at Brady’s Oysters in Grays Harbor, where I am studying the foraging behavior of shorebirds in and out of oyster aquaculture.

We are excited to announce that the Jamestown Point Whitney Shellfish venture is seeking a full-time Aquaculture Technician to join their team at the Brinnon Shellfish Hatchery!  The ideal candidate will possess a variety of skills including building, plumbing, mechanical and electrical knowledge, interest in marine biology and ecology, and organizational skills that will allow the technician to become familiar with cleaning, feeding, harvesting, inventorying, and the operation and maintenance of equipment and systems.

Starting wage is dependent on experience.

As an Aquaculture Technician, you will: